When I say, “let’s have BBQ” to you, you might have an idea of what I mean. But depending on where you are from, or where you live, you might have a completely different idea in your head, then I do. That is because we have Memphis, North Carolina, South Carolina, Kansas City, St. Louis, Alabama, and Texas styles, to name as many as I am aware of. I guess there is Korean barbecue too. In any case, every region has their spin that makes their BBQ unique and interesting. 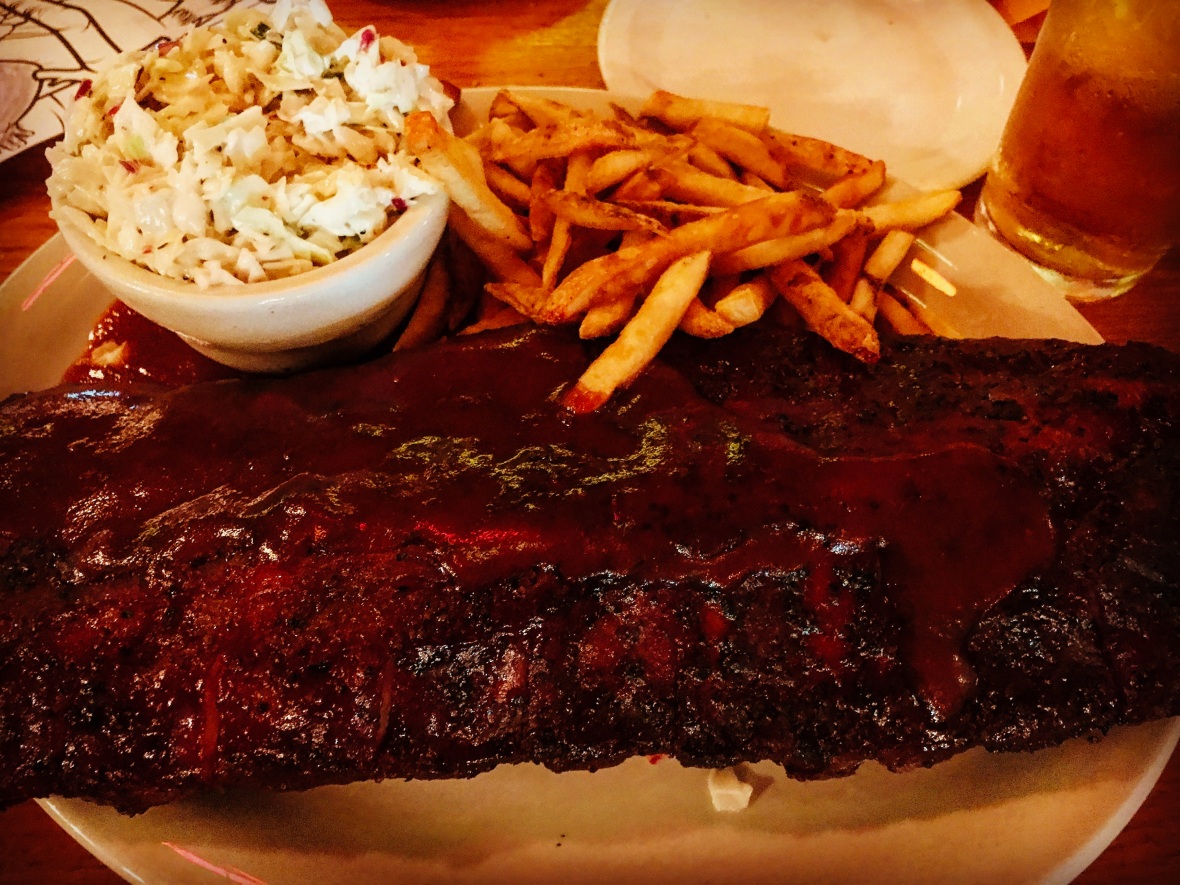 I am adding to my bucket list a BBQ tour, which has me stopping at the most famous barbecue place of each region. That being said, we are taking the opportunity we have to get to know Texas Barbecue. Below is the Salt Lick in Driftwood, TX.

Unlike a lot of slow cooked BBQ, Texas BBQ is always smoked, usually with Pecan or Oak. They throw everything in the smoker, pork, chicken, and turkey, but the main attraction when it comes to Texas is the beef and the sausage.

When I say beef, I mean brisket… 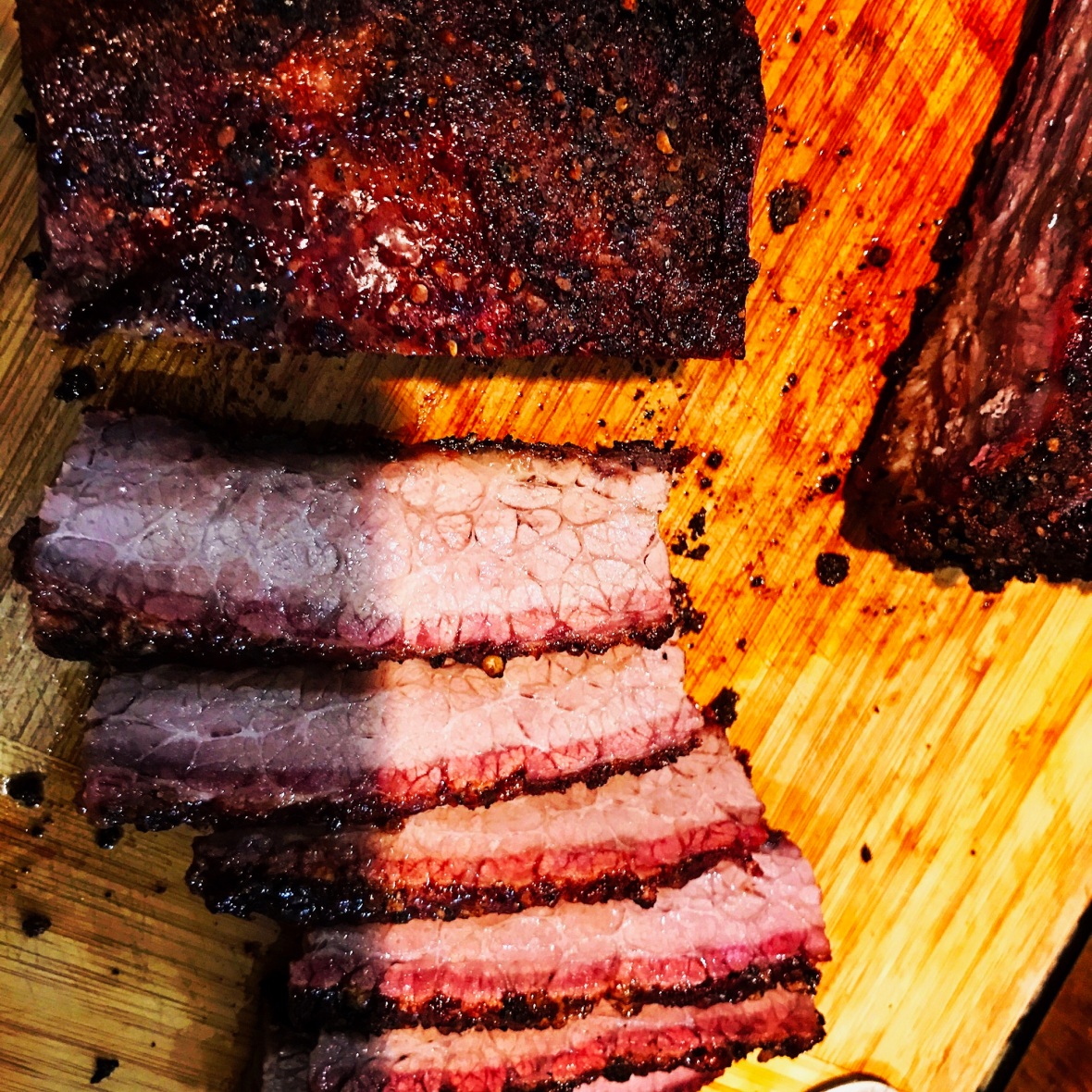 Sauce is definitely an afterthought. Now, I really like BBQ sauce, and I like the variety of a sweet one in KC, and a tangy one in Memphis, and vinegary in North Carolina, and the use of mustard in South Carolina. But, I do appreciate how Texas let’s the quality of the meat and cooking do all the talking. There are rubs, and sauces, but not basted and slathered on. The idea is to allow the meat to absorb the smoke, salt, and pepper all while becoming so tender it falls apart on your plate. 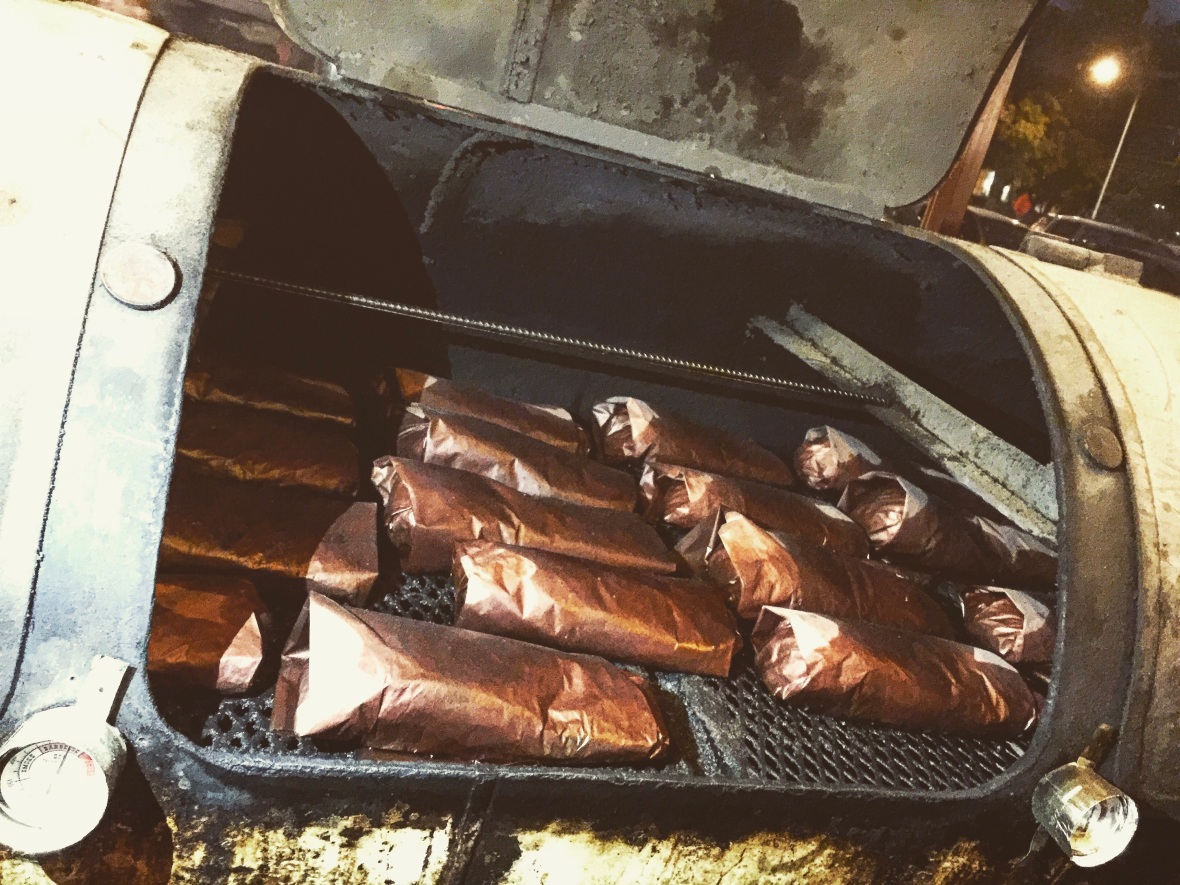 Austin,Texas has many BBQ joints that take the craft very seriously, and we have made sure not to exclude these establishments from our research.

However, there is one city a bit of a drive from Austin, that has a Texas sized reputation for its BBQ. Welcome to Historic Lockhart, Texas.

And the main attraction is Kreuz Market. This place opened back in 1900, and has been supplying smoked meats and sausages since.  In fact it is the countries authority in smoked sausage. Just walking inside and seeing all the smokers is so impressive. It feels like being in a museum of deliciousness.

They were kind enough to give us a tour and sample all of the meats they were smoking.

Seeing photo’s doesn’t do it justice. They were as friendly as the food was delicious. This is the exact kind of research project that the Play Gourmets was built for.