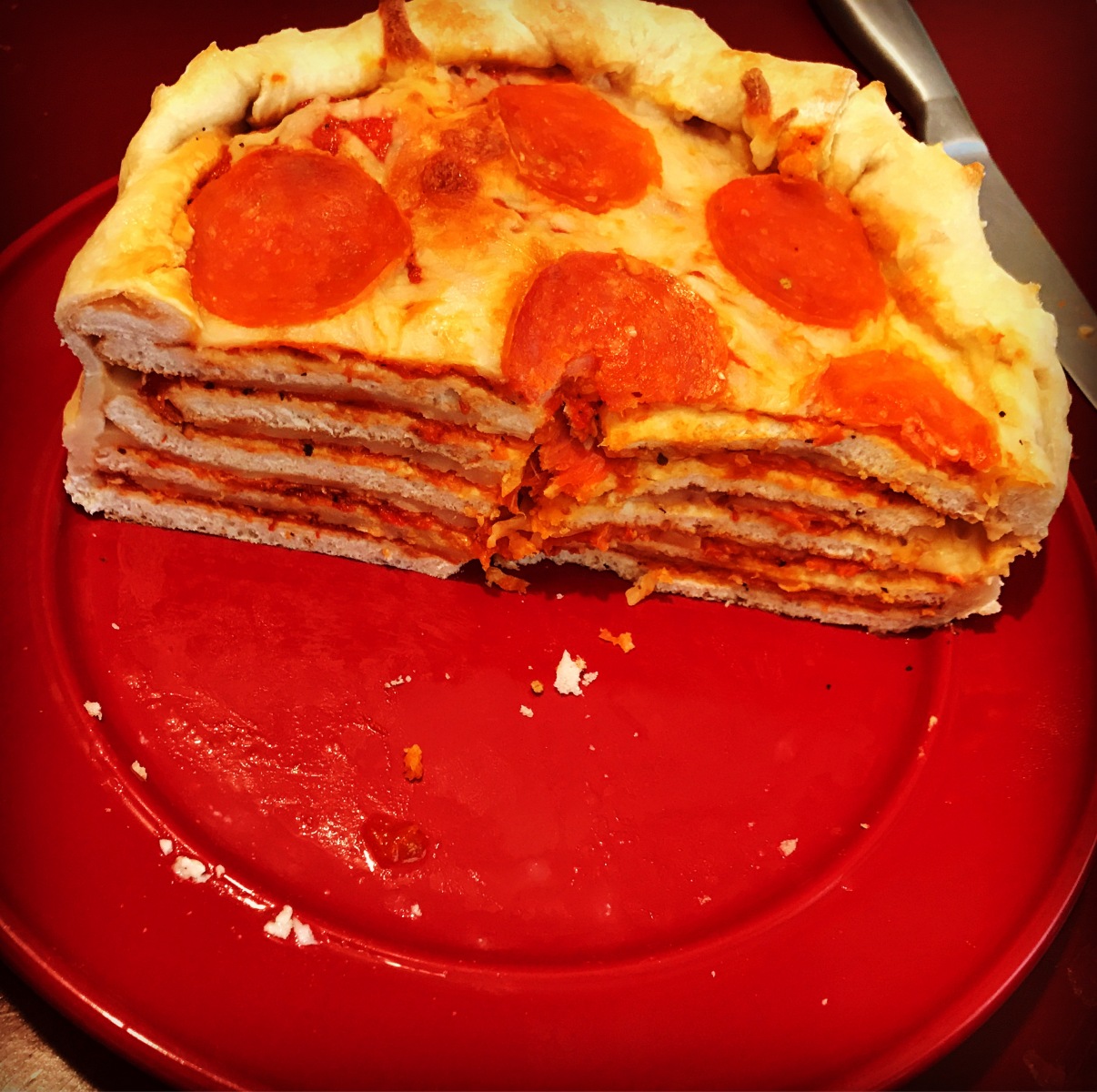 This weekend was a pretty special weekend for a few different reasons. It was my birthday, and for the first time, our Little Play Gourmet went canoeing, not all by himself of course…

He was a natural. We started toward the canoe with two ores and quickly learned that we were going to need three, when he had no intention of relinquishing the one we thought he was holding for his mom. But, he proved himself deserving, as he tirelessly rowed the entire time we were out. He even summoned his inner coxswain, barking out orders as to which side the two grown-ups should be rowing.

And what makes this post special, is that this is the first joint post that I worked on with Uncle Nick. Nick has his own channel on YouTube, where he posts the life of a college kid, set at the University of Florida. You can find his version of the story here: https://youtu.be/Bs3ud2XXgMw

One night after everyone had gone to sleep, we brainstormed things that would be interesting and satisfying to cook. We started this endeavor around midnight, so the ideas were mostly midnight craving kinds of things. Here is what we landed on.

For this experiment, we bought all of the ingredients, that we would have normally made ourselves. Pizza Dough, Pizza Sauce, Cheese, and Pepperoni. (ok, we don’t make our own cheese… yet)

We are going to need an oven safe pot that we can cook the pizza cake in. And based on the size of the pot we chose, we measured out some circles to use for our layers. 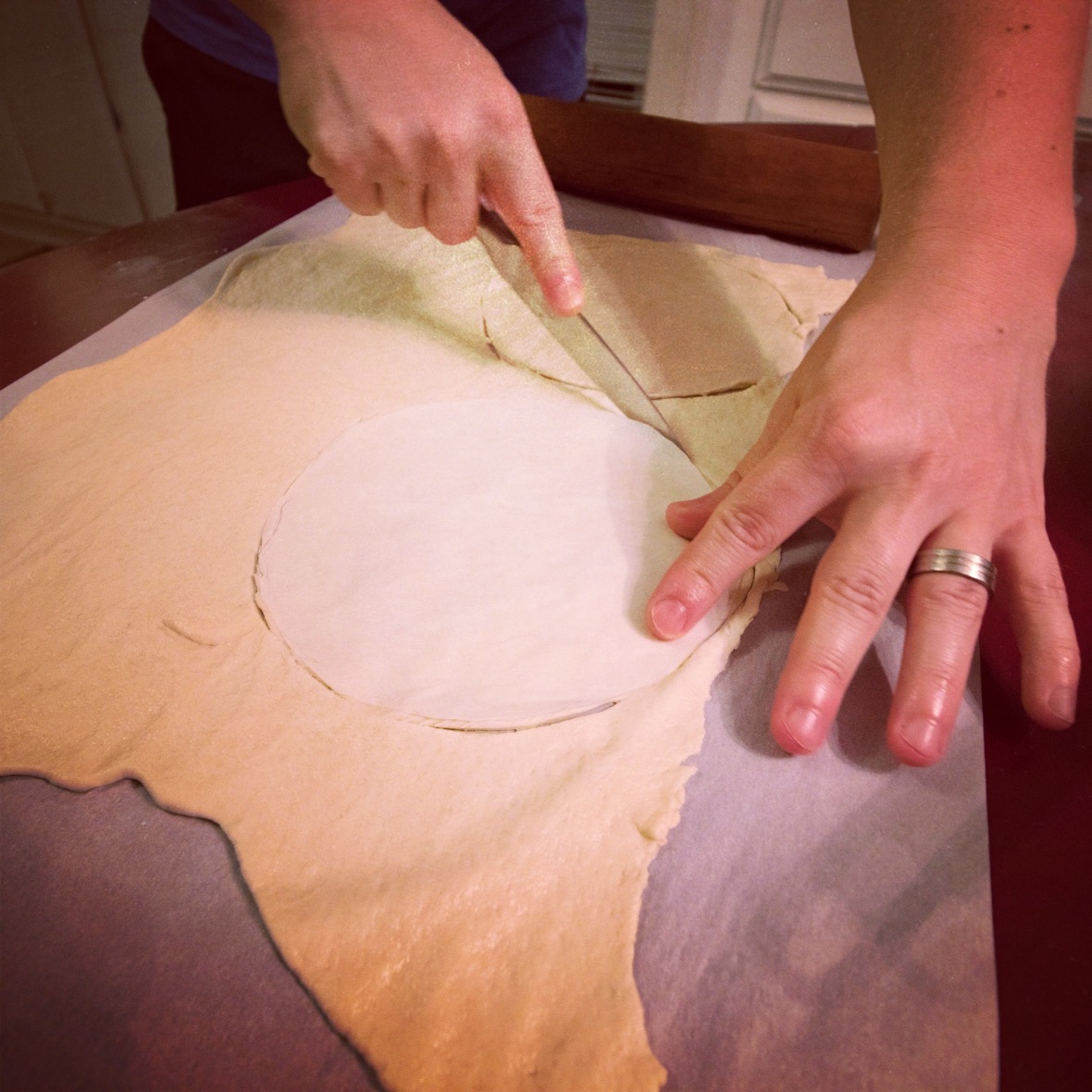 We gave those a good par-bake, with the intention to bake the cake as a whole after it is constructed. 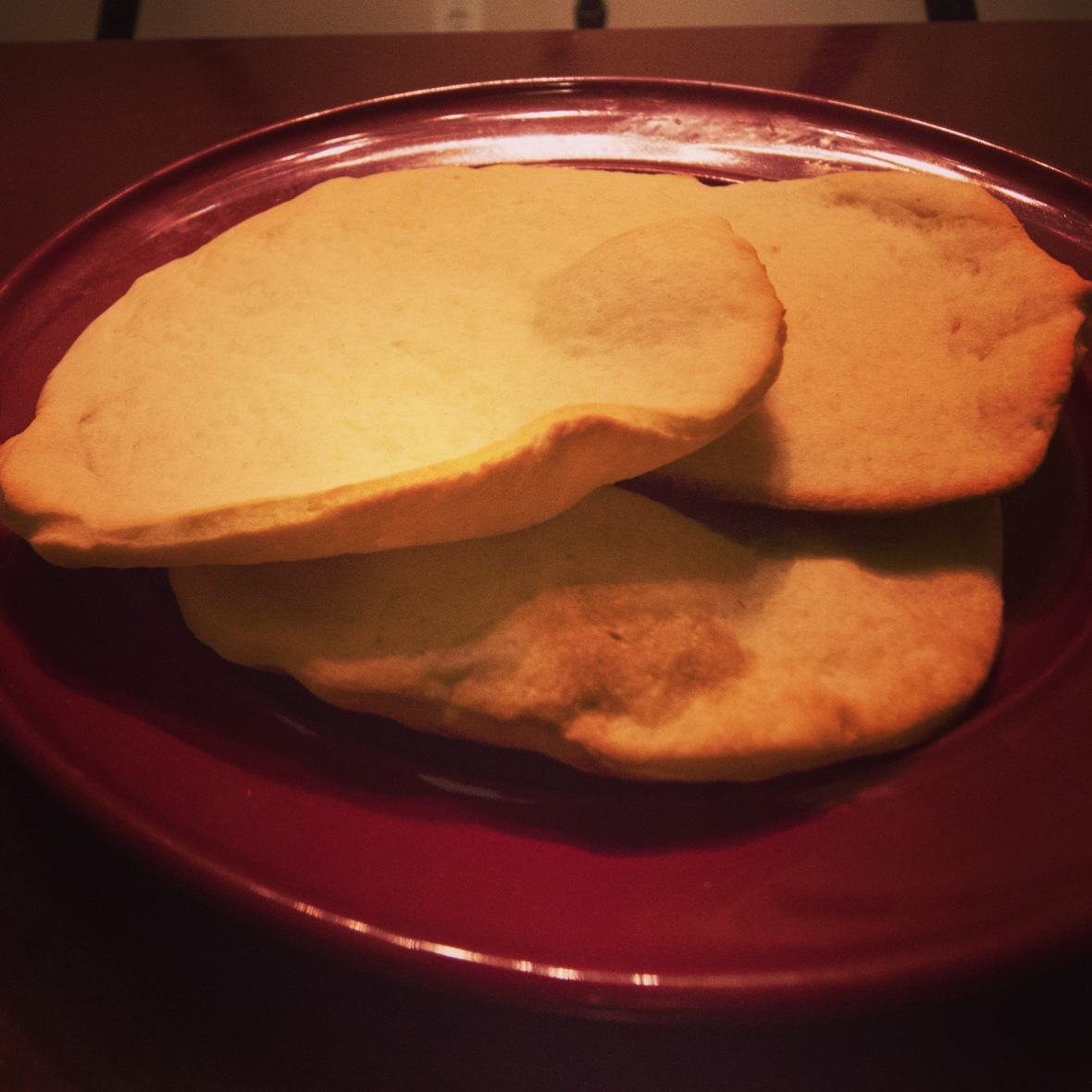 Once we have a circle for each layer, we roll the remainder of the dough out to line the pot. 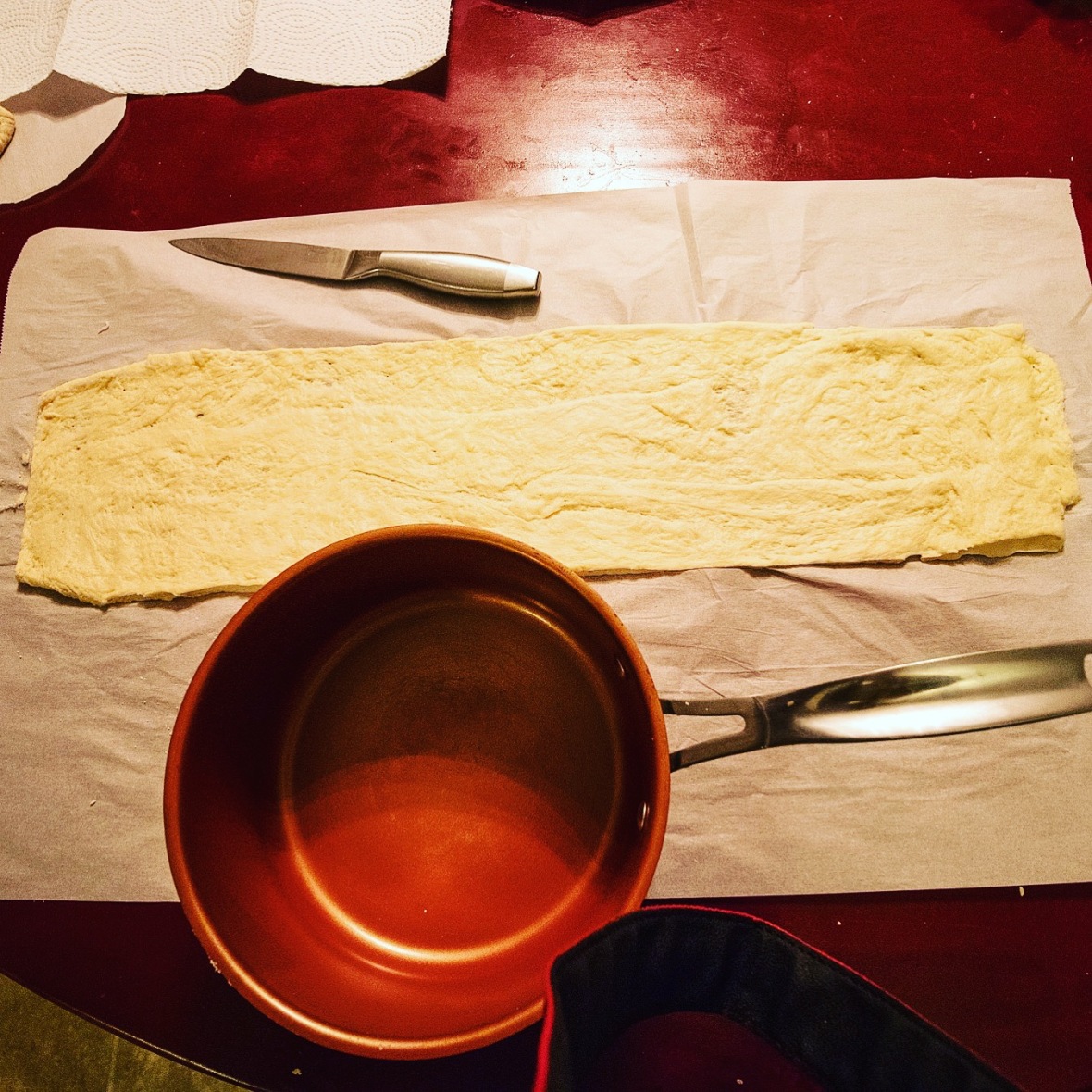 After lining the edge with dough, which took almost more coordination that we had at that hour, we placed our par-baked rounds in, and layered with sauce, cheese, and pepperoni. Rinsed and repeated until the final layer, where we folded the crust over to make a proper pizza on the top.

We placed the culmination of our work, thus far, into the oven and cooked for about 20 mins at 400F. 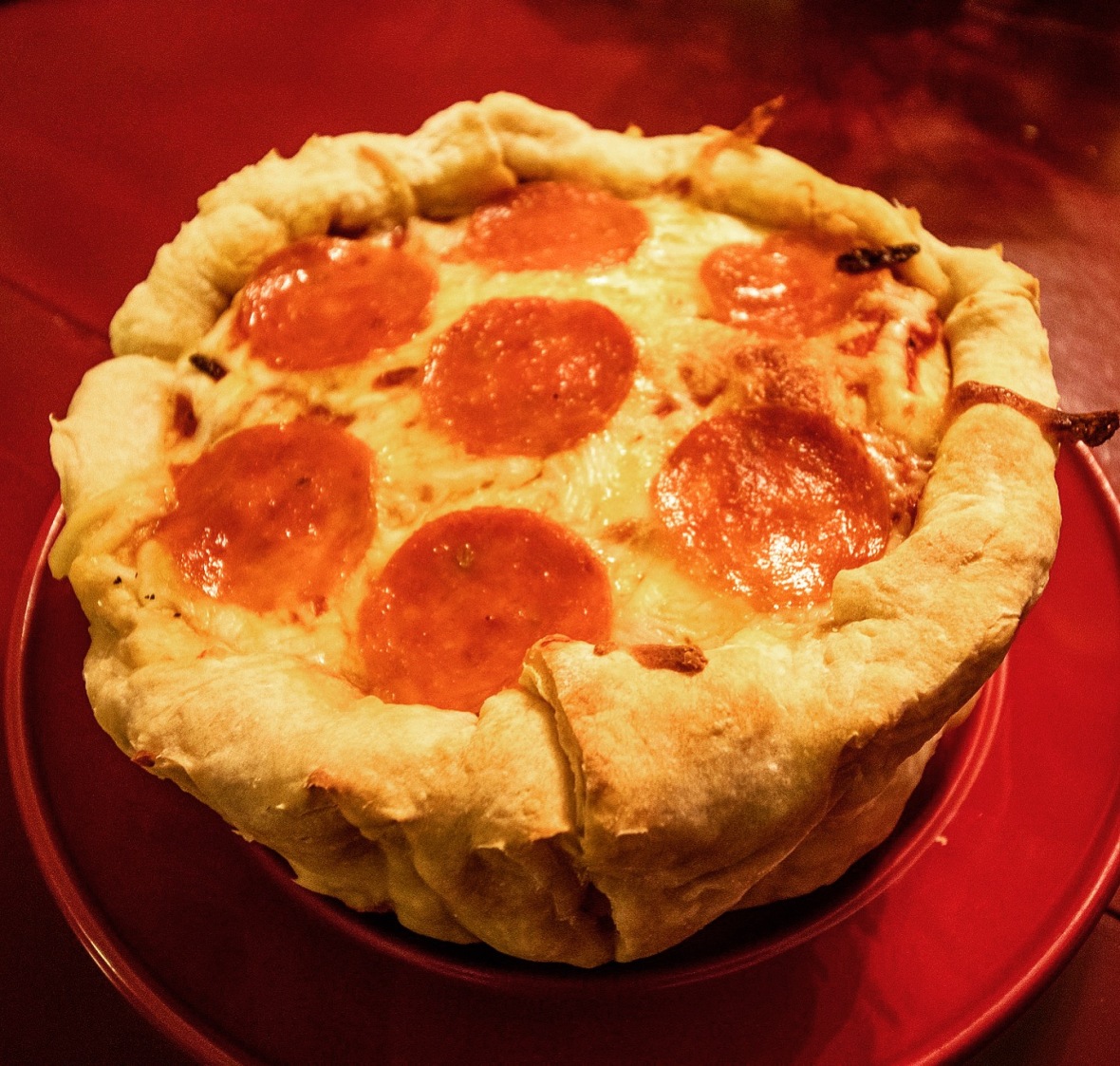 Look at that beauty!!!

After we let it cool, we finally get to try this labor of love.

But the real test would come in the morning.

Success!!!! In fact, it was so good, we figure it should be a breakfast staple.

My birthday was made by how much fun we had on the water. And, I think I know what cake to ask for from now on. This was a good weekend.

← Bad to the Bone
Cubanos for our Anniversary →