If You Can’t Stand The Heat, Get Out of the Outdoor Kitchen 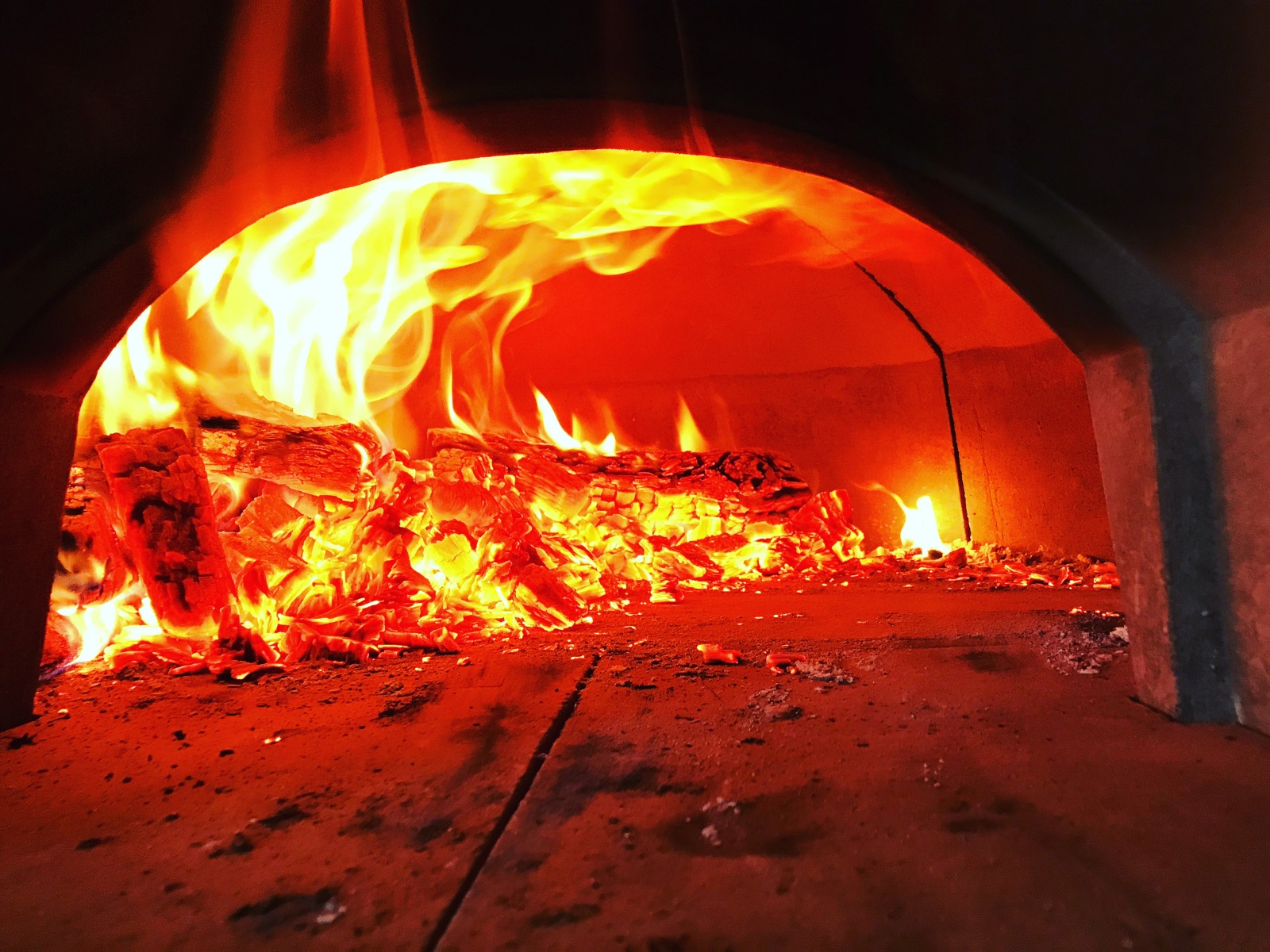 We have never been ones to pump a lot of time, money and effort into our home. Not to say that we didn’t care for it, but I guess we just found other things to be more interesting uses of our time. Our parents once told us that it won’t feel like home until you put stuff on the walls. Since moving into our house in Austin a little over 4 years ago now, we have grown up as home owners. More than just slapping paint on the walls and hanging pictures, we have replaced the floors, knocked down walls, expanded our deck and renovated a bathroom. Needless to say, this place feels like home. I suppose having our first kid here (and second soon) and getting close with our neighbors might also have something to do with it. 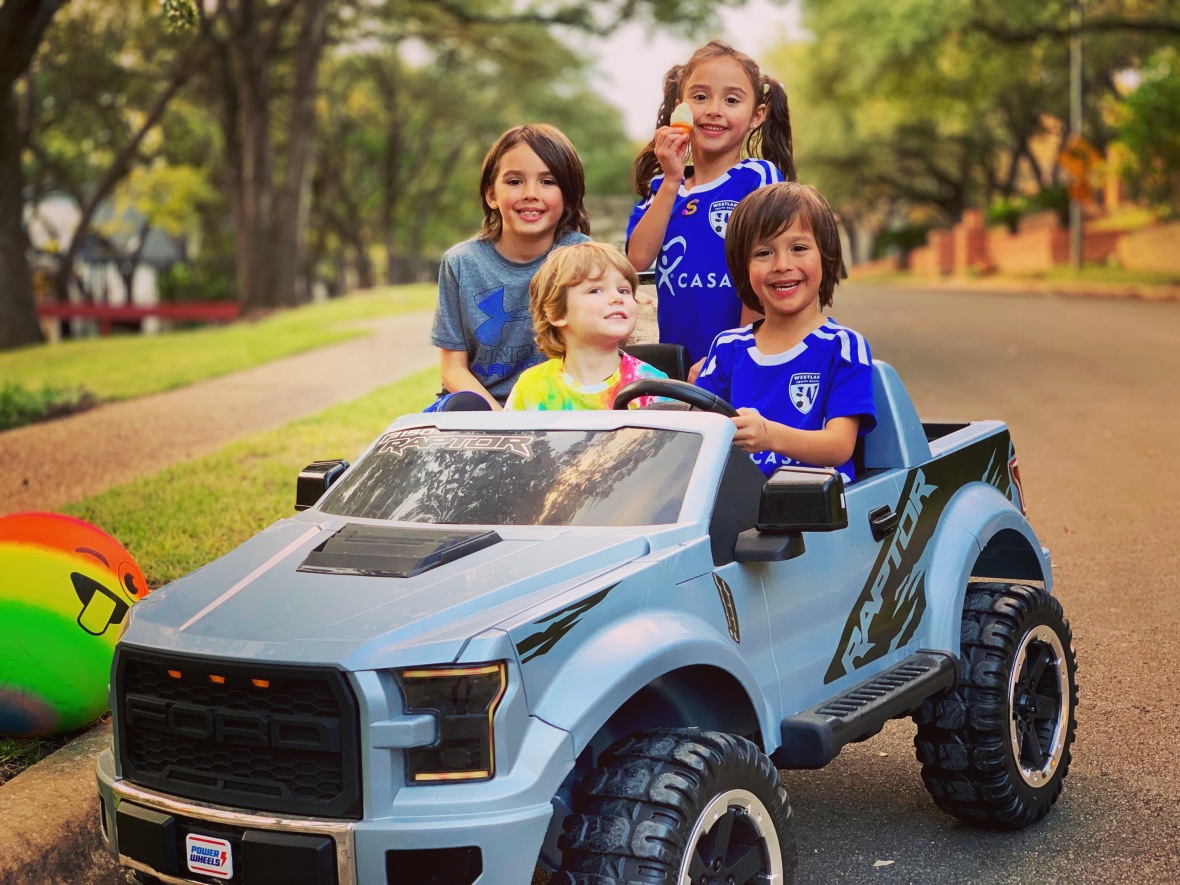 With roots more firmly planted than ever before, we decided it was time to build an outdoor kitchen. We have always wanted one, and now we had the space for it. From the beginning, I wanted the centerpiece of this project to be a wood burning oven. 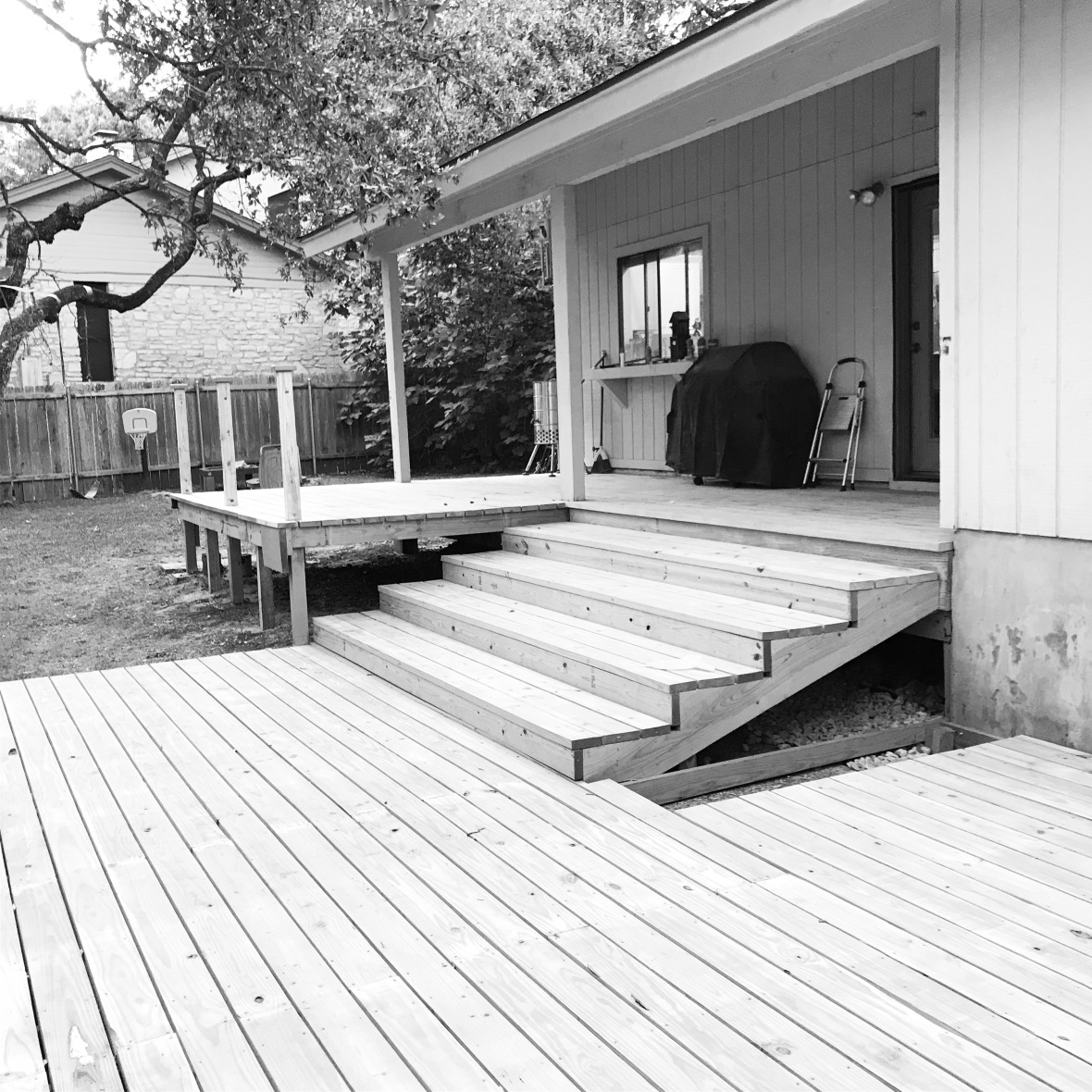 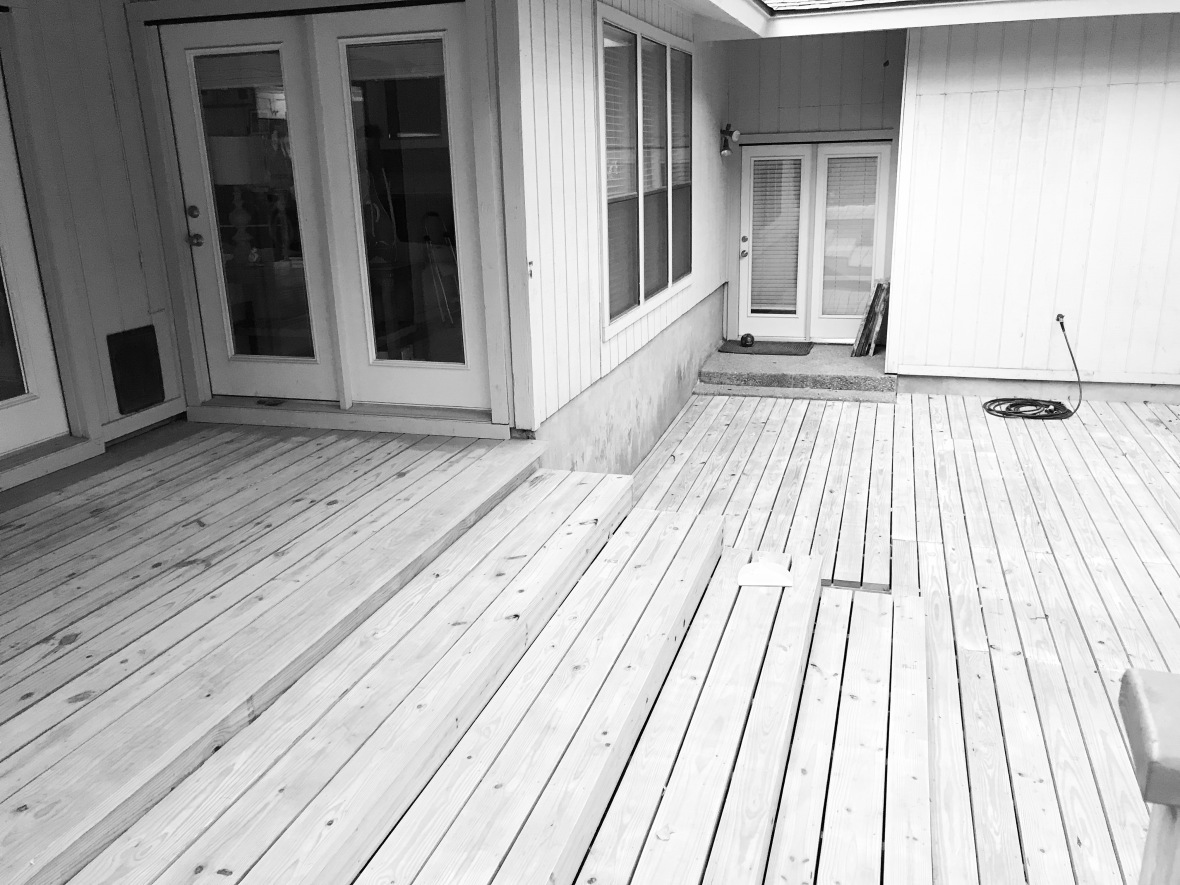 I looked at off the shelf versions, DIY versions, and all sorts of imported versions, before I finally found a local company that sells a domestic replica of the Italian version. The local company is The Texas Oven Company, and they were awesome. In an attempt to integrate the oven seamlessly into our kitchen, we purchased the pieces and had our mason build it. 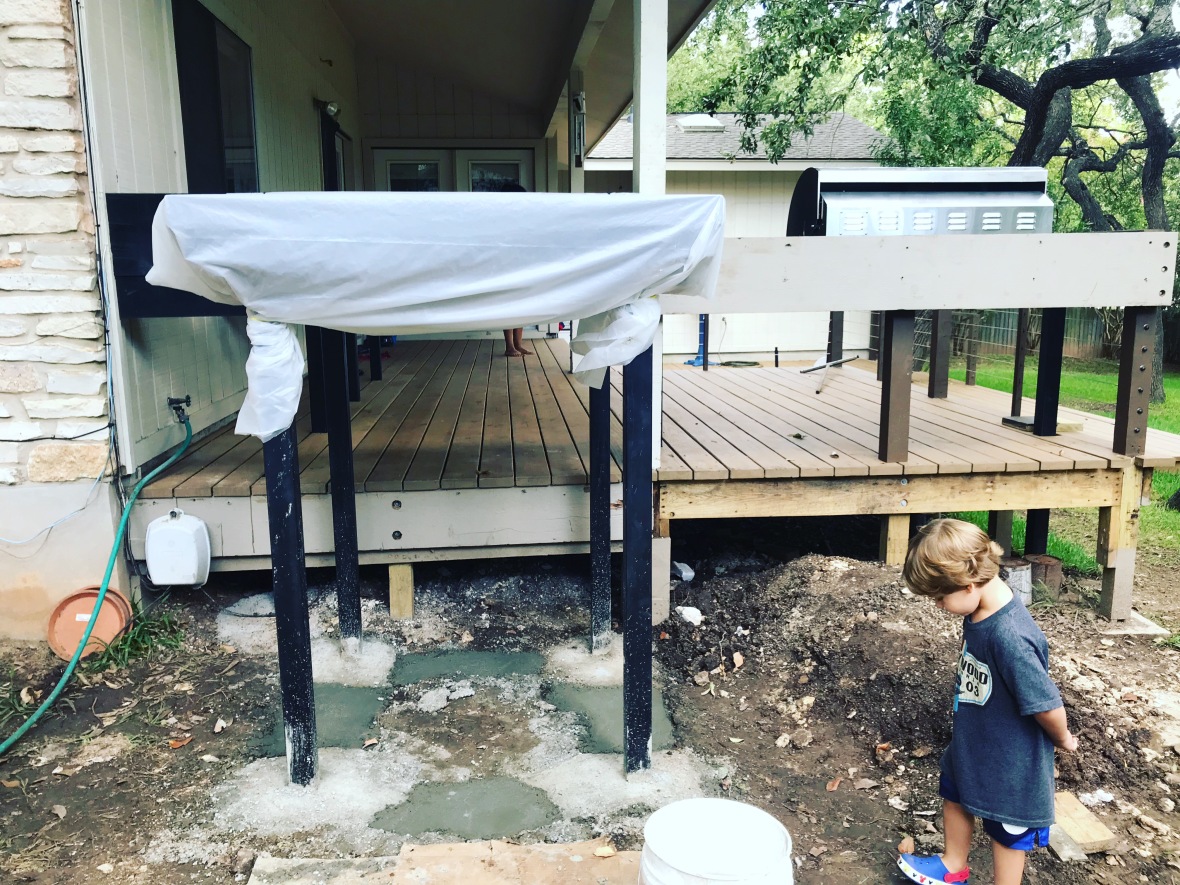 The process was fascinating, and not without plenty of revisions and improvisations, 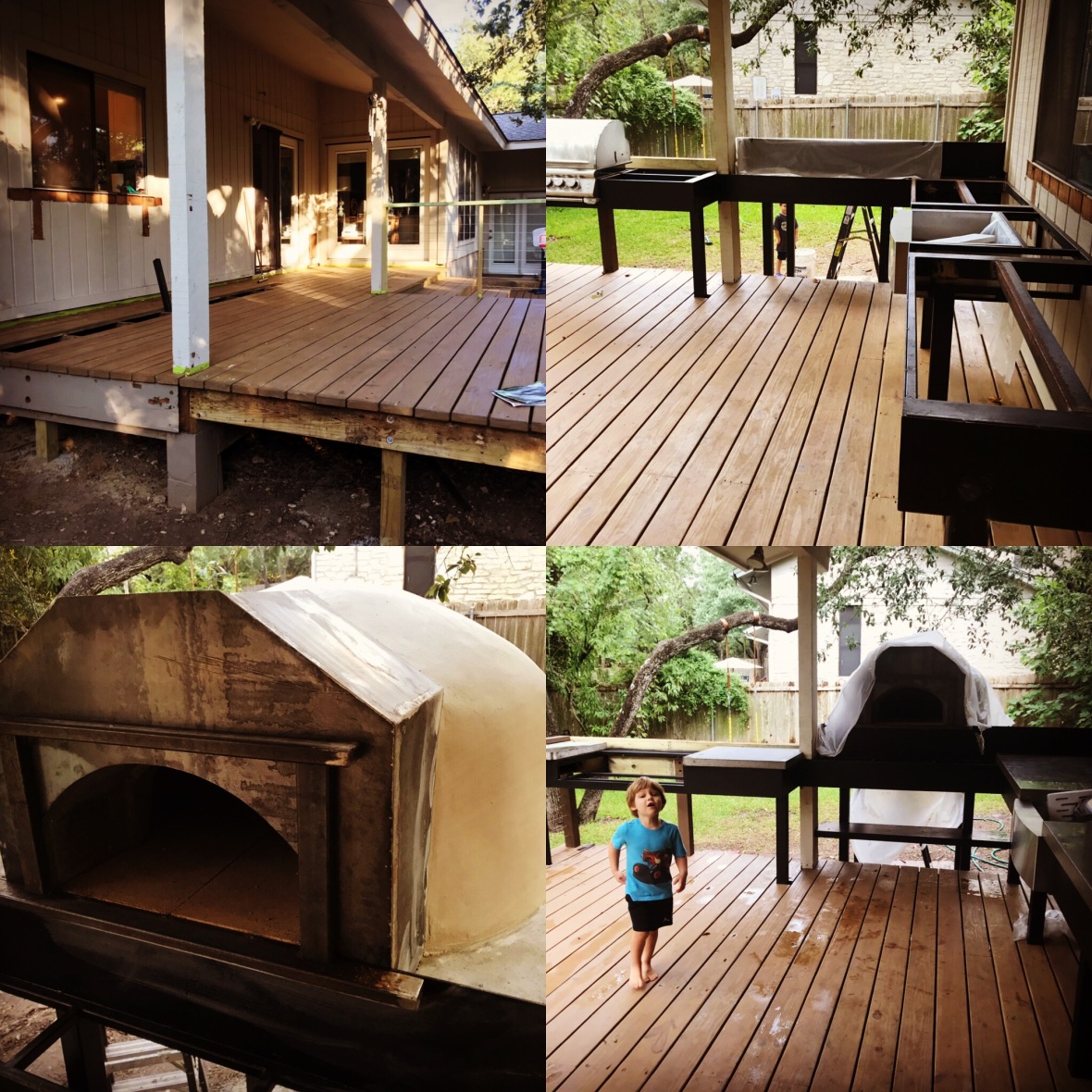 but by the start or fall, we had our kitchen. 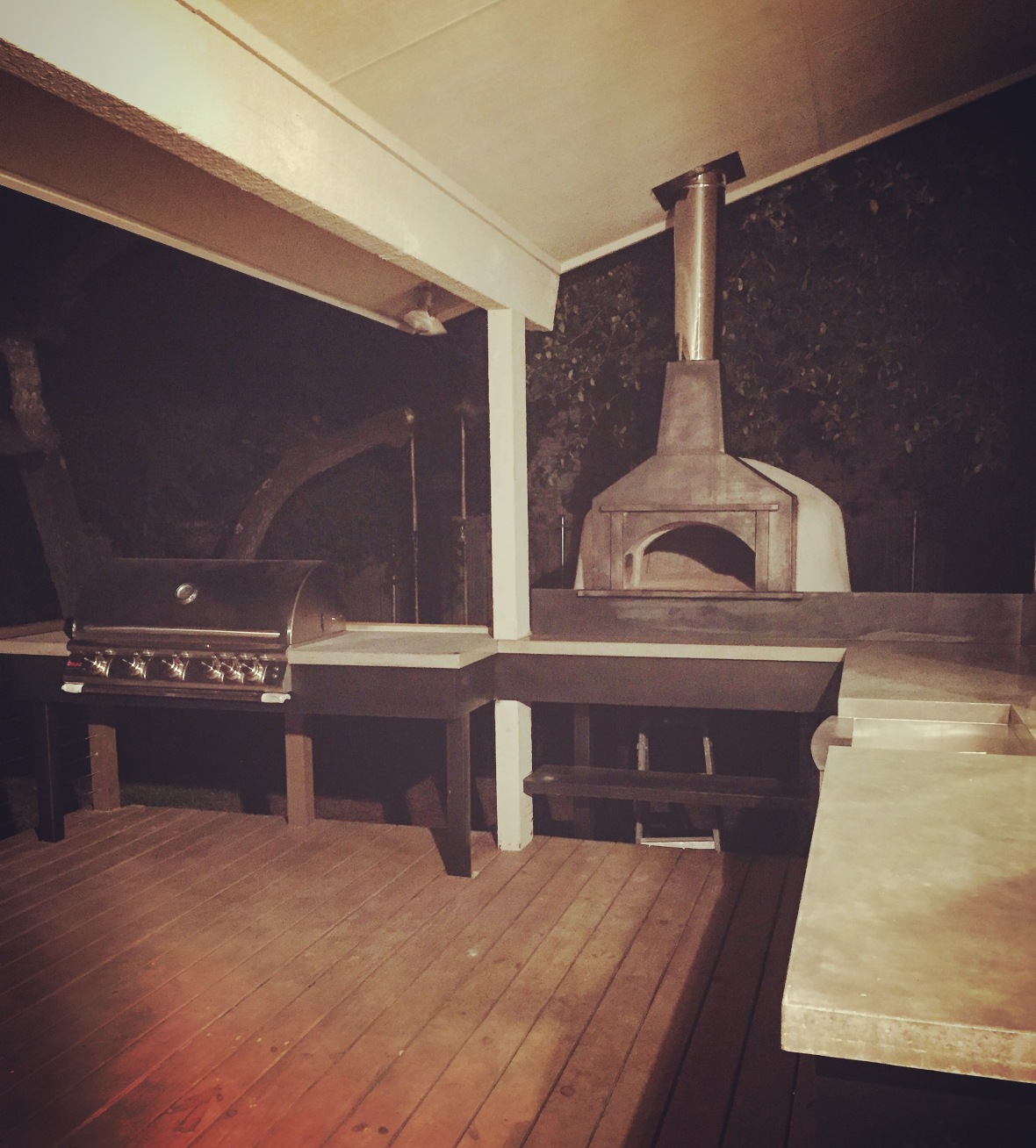 Now, for the good stuff. On the first day of cooking, we had Chef Dave come over and show off the versatility of an oven like this. 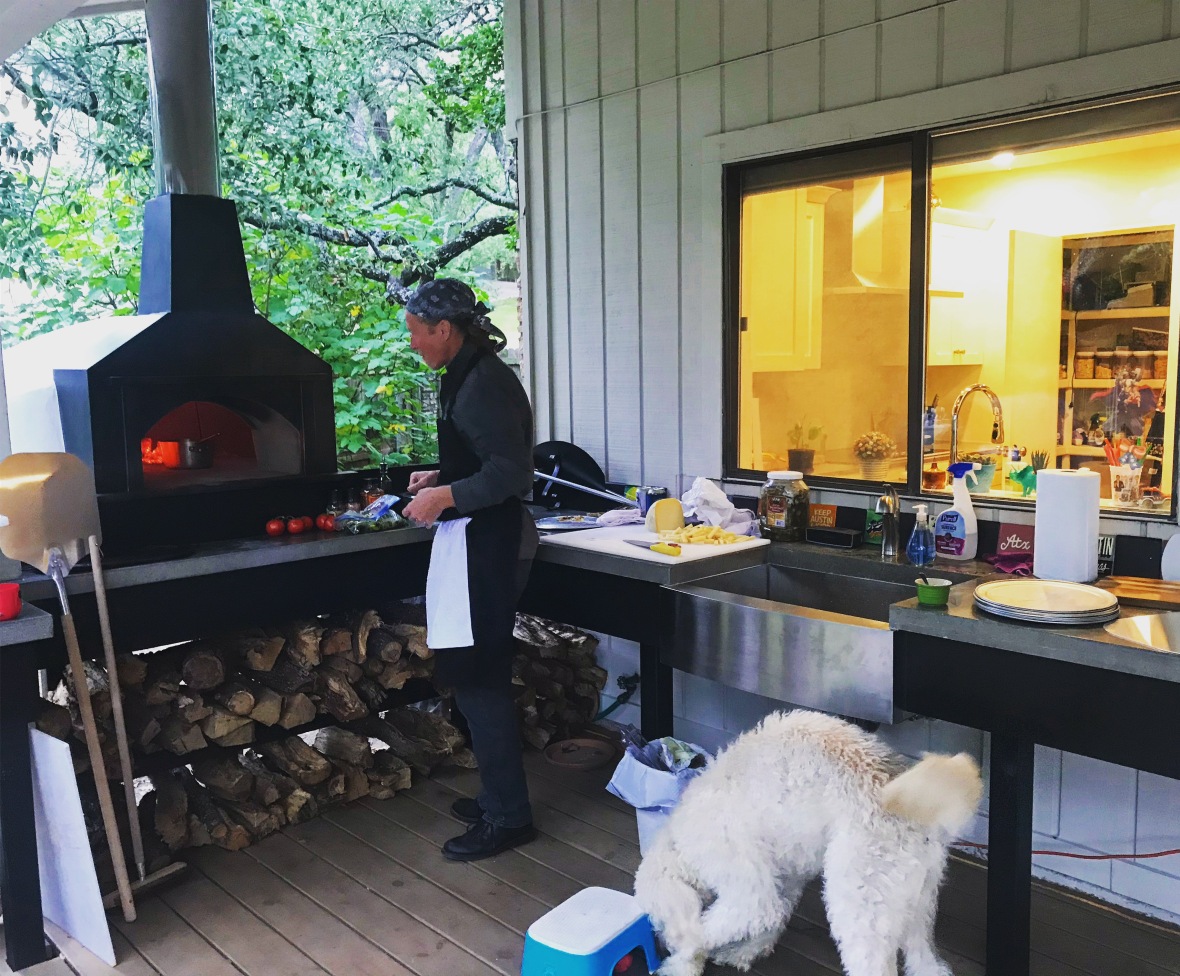 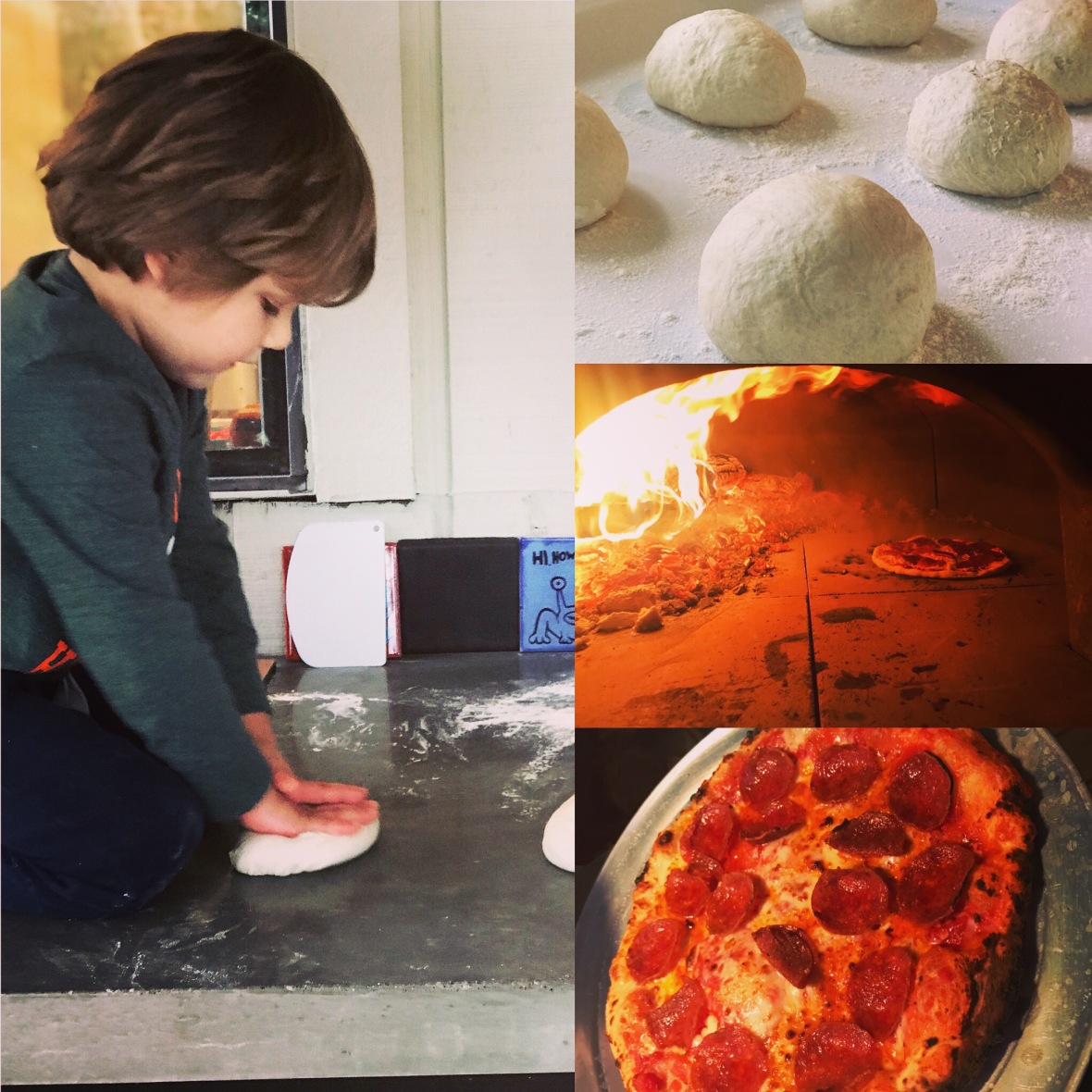 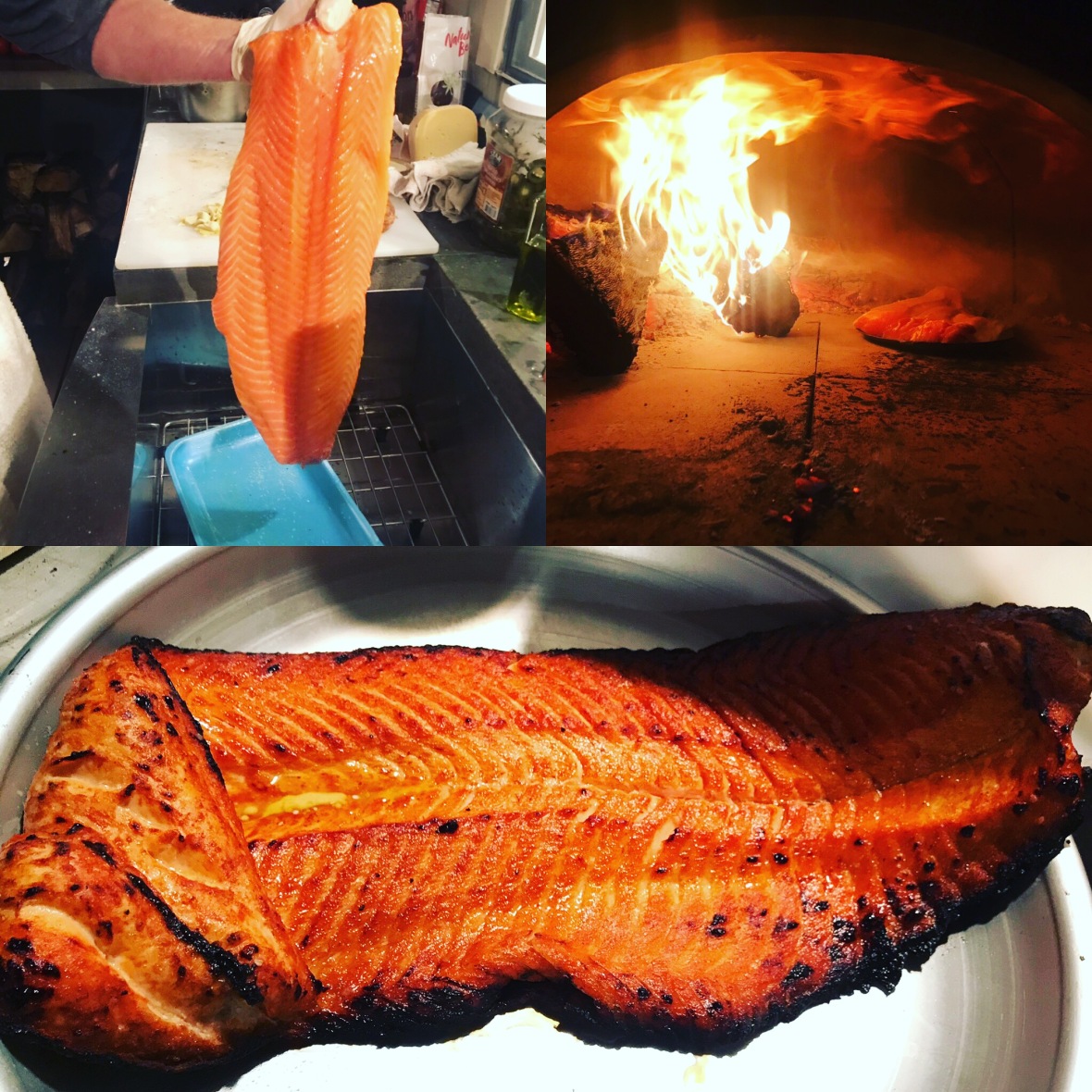 And steak and veggies.

Since then, we had Aunt Pam and Uncle Scott over for Thanksgiving. 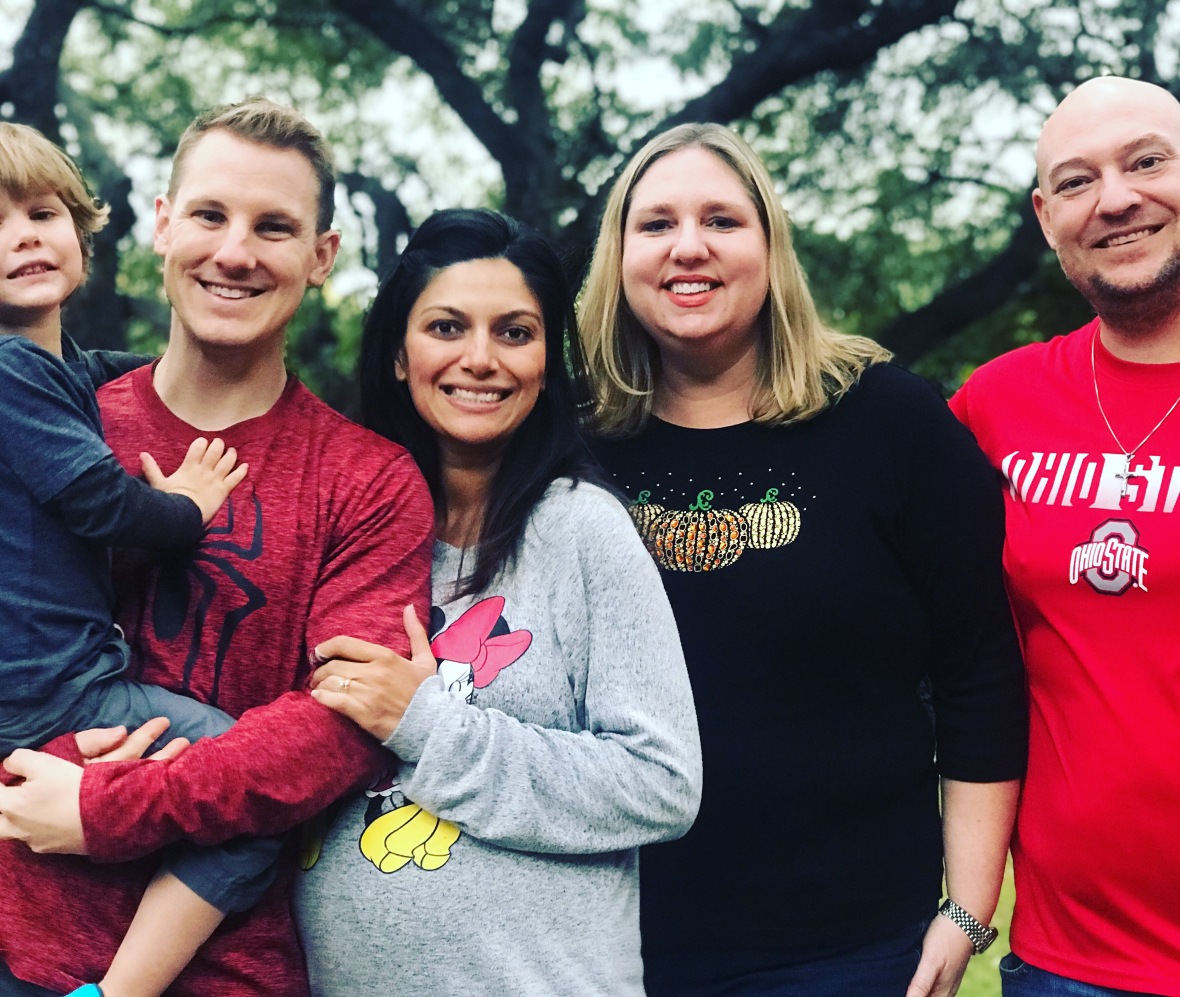 To say that this oven produced a tasty bird, would be quite the understatement. The bird was so moist, and by shutting the oven door on it for a while, it was infused with just the right amount of smokiness. 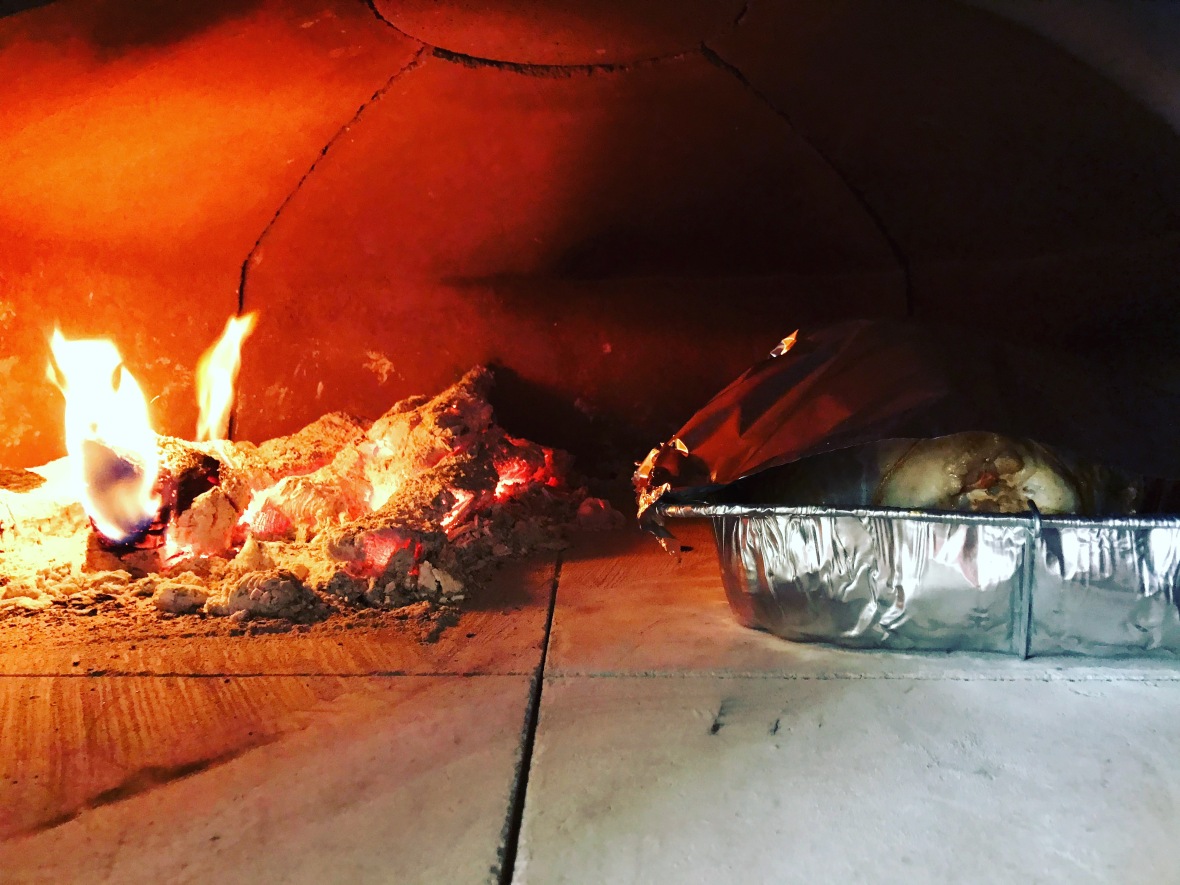 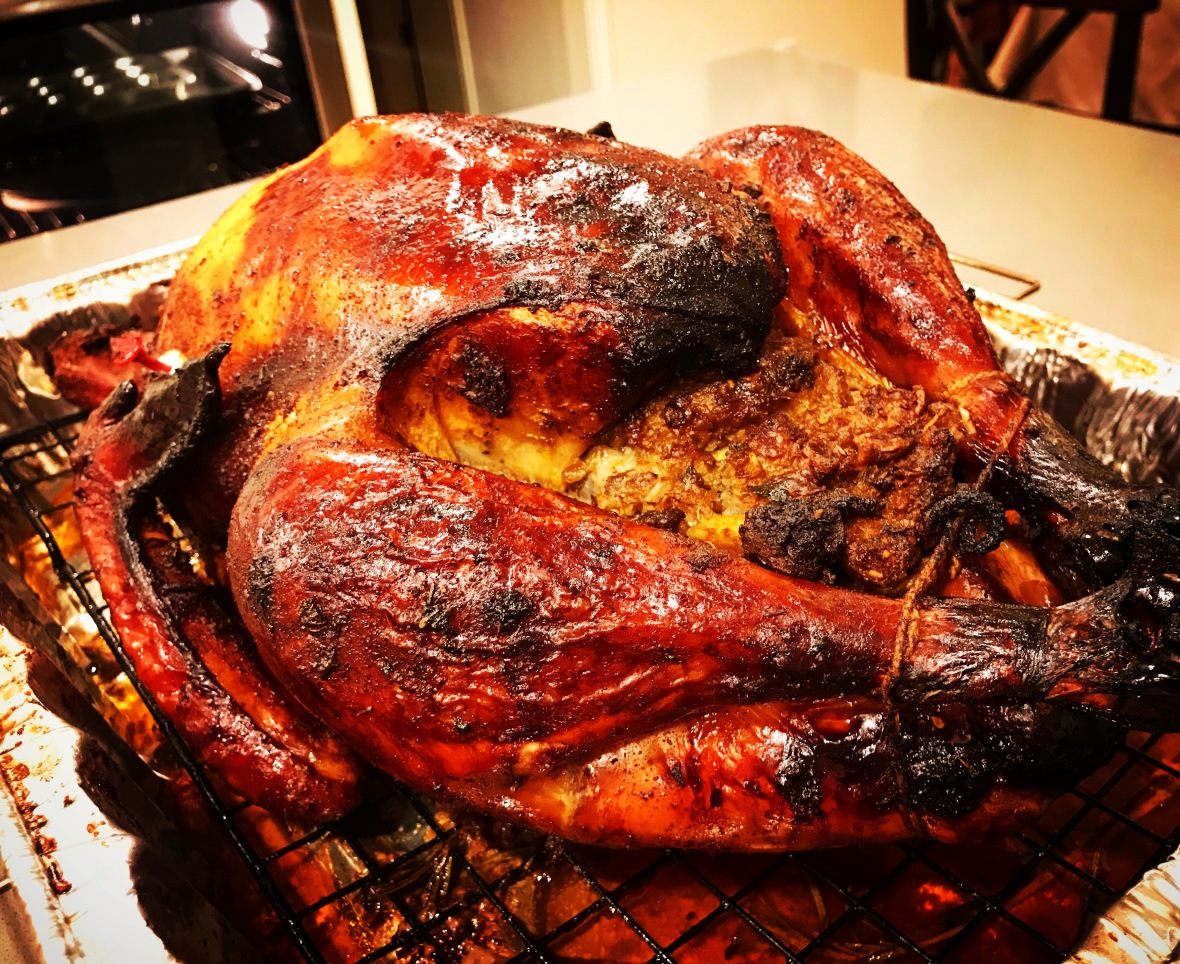 But, since we cannot help ourselves, it didn’t stop there. We also made the most amazing muscles, and shrimps. 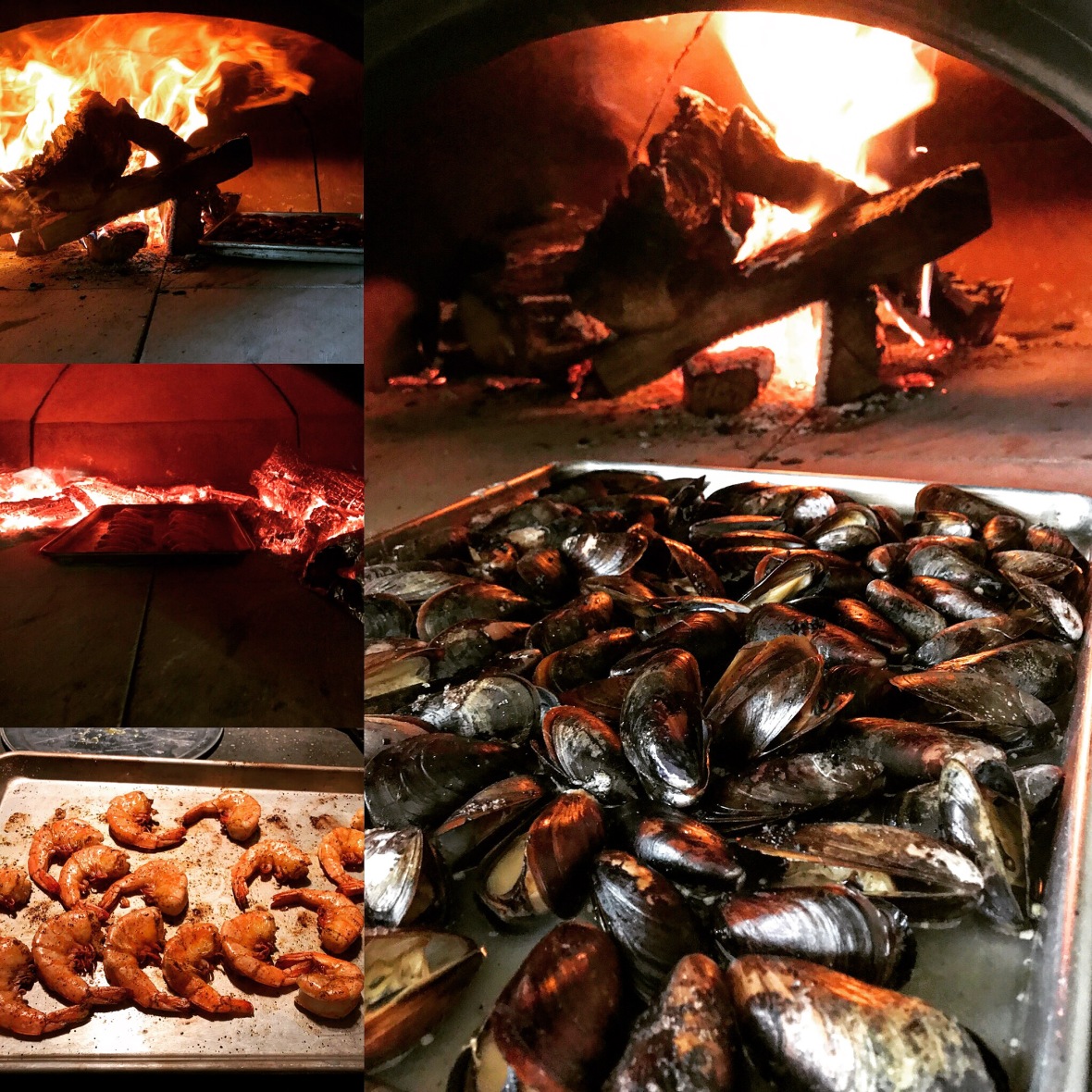 We have yet to find something this oven can’t do better than our conventional oven or our grill. We were pretty certain this outdoor kitchen was going to be special, but we never could have guessed how awesome this oven was going to be. 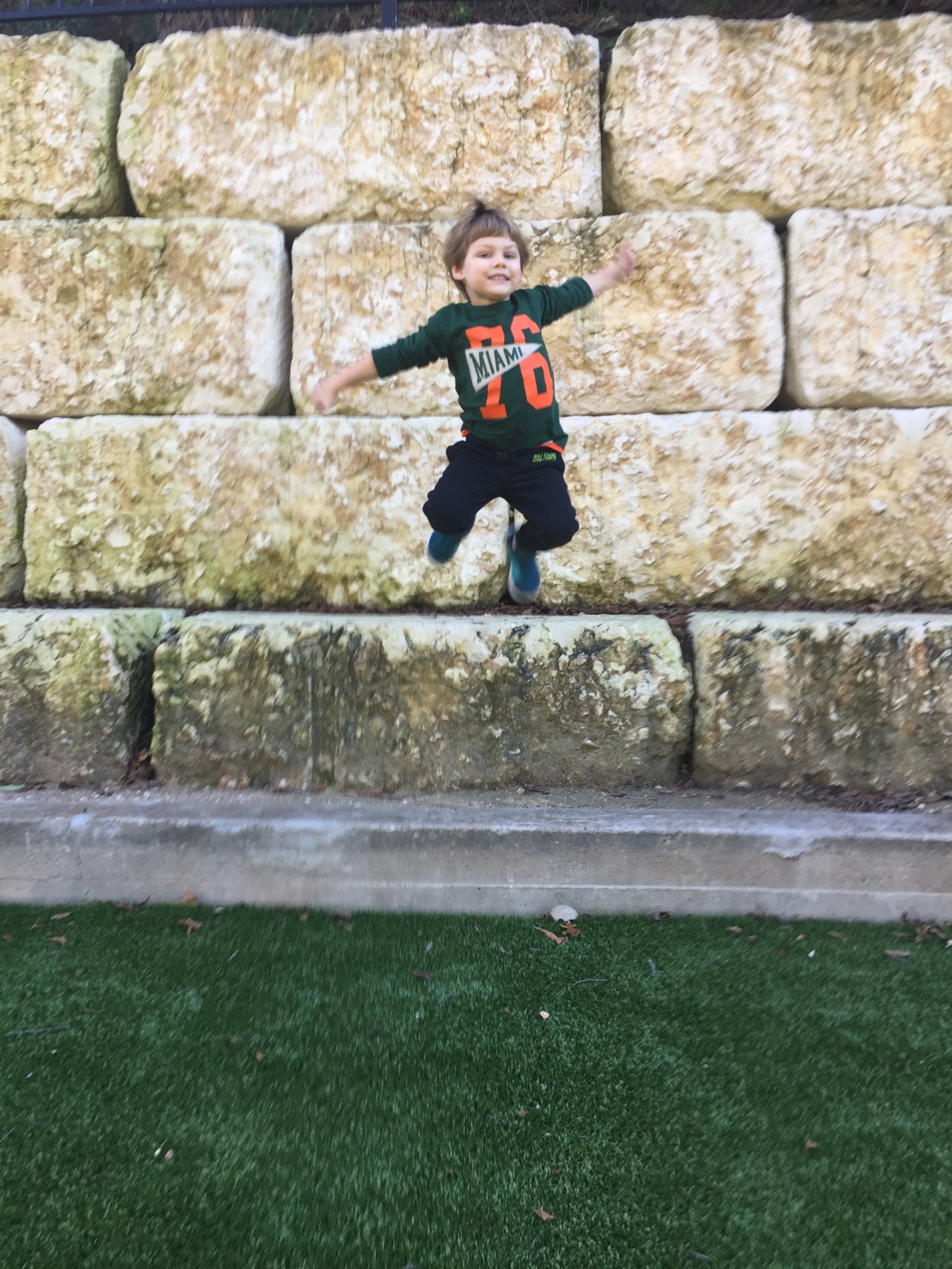 1 Comments on “If You Can’t Stand The Heat, Get Out of the Outdoor Kitchen”